A Group of Trump Supporters in Arizona on November 4th Protesting That “All Legal Votes Need To Be Counted” Were Labeled As “Extremist Protestors” On The Lower Screen Banner Of The Local CNN Affiliate.

Scott Adams on Twitter 11/7/20: “Suppose you created a voting app that sent your vote to three separate and blind companies for processing. They can’t see each other’s count until the end. If all three don’t match, there was digital fraud.”
This looks like a good core idea for presidential elections. Perhaps we could couple this with strict voter identification BEFORE mailout ballots and addresses are approved. 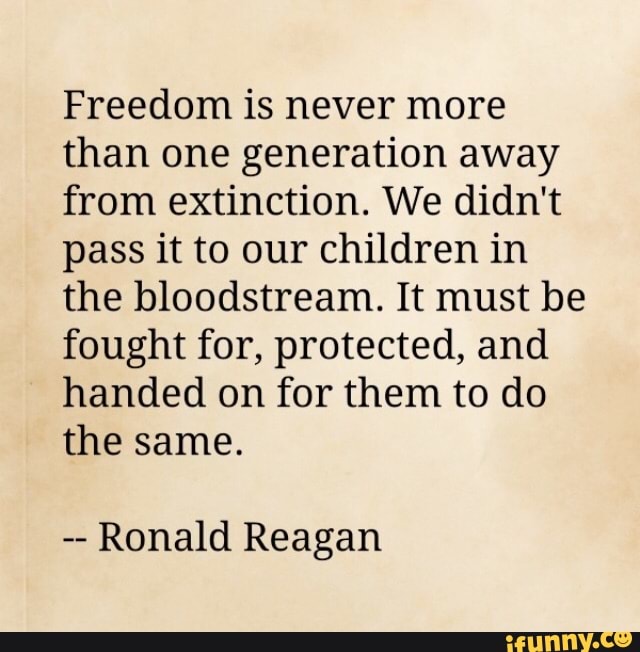 We Live In A Country Jam Packed Full Of People Who Forty Years Ago The WWII Vets Of “The Greatest Generation” Would Have Simply Called: “Sh*t For Brains Commie Idiots”. The few WWII vets I still know, generally agree that the the description is still a pretty accurate way to describe “Commie, lyin’ bastards”.

Now, “The Sensitive And Kind” Pious Left, Who Know, According To Their Like Minded Comrades, Are Much Better People Than You Or I And Are Not “Systemically Racist” Like You And I, Now Attempt Require Us To Speak Correctly Or They’ll Attempt To Beat The Hell Out Of Us, Both Emotionally and Physically, With Their “How Dare You Dare Think That America Is Not A Cesspool of Racism” Righteousness.

Why Buy Gold From Here?
You Can Buy And Sell Gold and Silver Coins Here At Thin Margins Not Because I Am An Altruistic Saint But Because Low Pricing With Easy Going, Friendly Service Breeds Effortless Repeat Clients And Referrals. You’ll Always Know You’re Getting The Most Gold And Silver Without Having To Price Shop. Frankly, I Am Grateful Because Making A Few Bucks By Being Of Service To You And Taking Good Care Of You Is An Enjoyable Way to Make A Living. You’ll Benefit Because
You Won’t Have To Fight Off A Salesman Trying To Sell “UPSELL” You Into High-Margin “Rare” Coins That Make Them A Lot Of Money Right Away. I have Personally Owned “The Finest Known” Gold Type Coins In My Forty-Plus Years Of Experience. If You Have The Time I Will Attempt To Explain A Simple Concept About Buying Bullion-Heavy Common Coins That Can Be Bought At Thin Margins And Can Perform Really Well

Gold depends on no institution or government for value. Gold exists outside the mainstream and depends on none of the same things that real estate, stocks, bonds, and banks depend on.

Gold is independence. If there is a political and financial meltdown your neighbors will probably not be in very good shape financially. You may want to dress like Jed Clampett and look poorer than the neighbors so they won’t hit you up for a loan or try to take what you have.

The American Economy Can Go To Hell In A Heartbeat.
Donald Trump may get reelected and live to be 110 just because of the enjoyment it will bring him to P.O. the left so much, but what if it doesn’t play out that way?
What if a scenario that belongs in a “B” movie happens? That’s exactly what seems to be happening now. Pure, race-baiting chaos.

Up until the virus hit in force, many investors, especially those under 40, had an abundance of optimism that made them feel they’d see any problems coming and be able to step aside. Most of these optimists were looking for toilet paper at the store, like everyone else after it hit the fan.

The worldwide financial crisis of 2008 happened despite the best efforts of the Treasury and the Federal Reserve and other Central Banks. It was touch and go that a worldwide meltdown was imminent. The next time we may not be so lucky.

Market crashes and bank holidays always happen without warning to the average schmo. The government and the bankers will always lie to the public when bad things are coming down the pike so they don’t panic the herd.

In 2020 we now have to worry that most of the “facts” we are getting from most broadcast news sources are slanted to the point of being Pravda quality information. There

Chaos is not a strong enough word to describe the utter panic and ill-mannered civil unrest that could ensue after a “fake news” report that will trigger rioters.

Gold allows the citizen to escape total reliance on the state-sponsored financial system. All that money that is being spent today, right now will cause prices to soar. We’ll here a lot from the left that a kinder, gentler government that doesn’t allow the police to make those silly arrests over property crimes will make the world a better place. The promise of Socialism will be made. Many of the uneducated will slurp up that the promise of Socialism is the ultimate the promise of pain and devastation. It has never worked anywhere.

The Government Does Not Deserve Anyone’s Blind Trust

Most people have their assets within the Wall Street – Washington financial axis. Many are totally dependent for retirement benefits and income from this alliance of government, business, and the central bank. It’s where nearly everybody keeps their money. That’s because the people tend to believe the government will always protect and take care of them. Then the recent riots came and it turns out a lot depends if some George Soro’s financed politician has gained control.

Of course, the government tries to promote economic growth, prosperity, security and investment profits. But the government also blunders along trying to improve education, reduce crime, improve racial diversity and harmony by asking everyone what their skin pigmentation is and of course, they spend big money failing to eliminate poverty, which has not improved in over sixty years, to mention but a few of its massive failures and incompetence.

In other words, the government’s gross ineptitude and rank political motivations make the outcome of their insurance, influence, and intervention in the markets unworthy of anyone’s total trust and reliance on their financial security.

Add to this that the Socialist-Democrats WILL sabotage Trump anyway they can even if it means sinking the U.S. economy. THAT. Is Crazy and it’s in play, right now you racist SOB.

The government takes almost half of any worker’s income who makes a decent middle-class income. A 55% tax rate with state taxes included is not uncommon.

America Is “Spending More Than It Has”.
Isn’t That The Very Definition Of “Heading To The Poor House”?

Venezuela was an economic powerhouse.

Now it’s not. Crooked politicians pushed Socialist ideals and the economy ultimately collapsed. The politicians stole billions and the country went broke. Socialist delusions destroyed their economy and its currency. The country is an anorexic skeleton of its former self.

With Donald Trump in office, many can choose to believe that runaway government spending and booming markets can go on for at least the next four or five years or perhaps their lifetime. Maybe they’ll will be right. But what if it doesn’t play out that way? What if something that belongs in a bad “B-Movie” script happens? What if we can’t simply “re-start” the economy.

What happens in an extreme financial crisis fostered by too many dangerous germs, too much debt and too much government?

History and nature make clear that it can happen. A price must be paid for excess. You should not trust all of your assets to Wall Street and Washington.

To protect yourself against the worst contingency you must take some of your assets out of the mainstream system.

Once you buy gold and silver you have an asset outside the system that depends on no government, bank or corporation for its value. You don’t have to hope that the internet is up or that a phone is being answered so you can get your hands on your money.

We have clients who have been forced to send bank wires while idling in their vehicles at the drive-up teller. Most bank branches weren’t open at all.

In 2008 gold was trading at about $740 when everything turned sour in September and Lehman Brothers went belly up and the world’s Central Banks really didn’t know if the world economies would go kaput. Gold ultimately went up to over $1,900 before it stabilized and found a floor around $1,150. You can take a look at what gold is valued at today and see if it looks like it’s cheap. We think it is.

It’s deep-seated worth, liquidity, portability, indestructibility, and malleability make it the most desirable asset on earth. These attributes account for its four-thousand-year history of stability and reliability. Good as gold is the litmus test and measure of value for everything else on earth.

Today’s Financial Experts and Analysts Scorn Gold.
They Resist The Belief That We Are Over-Extended.

They turn up their nose at this historic absolute of mankind. That in itself argues for gold. So certain are these experts that the current system of stock investment, debt, government guarantees, and Federal Reserve fiddling will perpetuate good times that they have no fear with your money.

Of course, they have a lot at stake in perpetuating the Washington- Wall Street alliance. In reality, this linkage of all the mainstream financial assets imperils them all. A collapse in one sector can bring down the entire house of cards. Nevertheless, an army of investors follows these endlessly bullish optimists and resist the belief that we are over-extended. They will not hear differing opinions.

As usual with human affairs, it takes clear and independent reckoning to separate from the herd.

20 Franc Gold
Coins From Europe Are About The Size Of A U.S. Nickel and About As Thick As A U.S. Dime. They Contain Just Under 1/5th Of A Troy Ounce Of Gold. A Great Cheap Way To Buy Smaller Negotiable Antique Gold Pieces Cheap.

Designed similar to the Antique $20 United States Saint-Gaudens gold coin minted by the United States mint from 1907 until 1933 the Gold American Eagle is considered to be one of the most beautiful coins ever minted worldwide.The American gold eagle is the top-selling gold bullion coin in the world, offering a “good as gold” investment in an economy that offers no promises. Because the coin’s value often moves independently of stocks and bonds, it is a safety net for when paper backed investments tank..

The content and purity of 22-karat solid-gold American Eagle coin is guaranteed by the U.S. government and accepted worldwide in major investment markets.

Purchase and Sell with Confidence

Recognized as America’s official investment-grade gold bullion, the Gold American Eagle is easy to purchase and even easier to convert into cash, through transactions that are completely private.

Guaranteed in weight, content and purity by the U.S. government, the Silver American Eagle is the only legal-tender, pure silver coin issued by the U.S. Mint. This coin is easy to buy, sell and use to buy goods and services, making it an ideal acquisition for diversifying your portfolio and enhancing your wealth.

Unlike gold, silver has broad industrial and technology applications in addition to its use in jewelry. As a result, demand continues to steadily increase for this precious metal, making it an exceptional long-term investment.